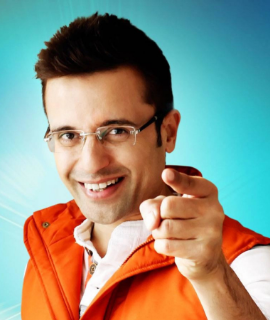 Sandeep Maheshwari is an entrepreneur, motivational public speaker, photographer, and YouTuber. He is the founder and CEO of ImagesBazaar, which is the largest collection of Indian pictures. Sandeep Maheshwari was born on 28 September 1980 in New Delhi. Sandeep has pursued Bachelors in Commerce from Kirori Mal College, Delhi University (KMC, DU). However, he didn’t complete college and dropped the final year. He pursued a short two-week photography course after dropping out of college. His zodiac sign is Libra. 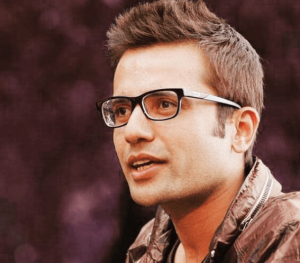 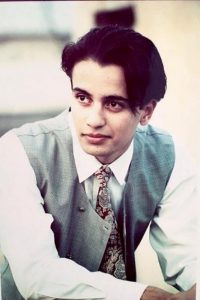 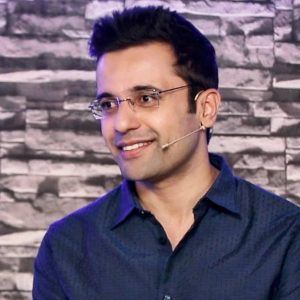 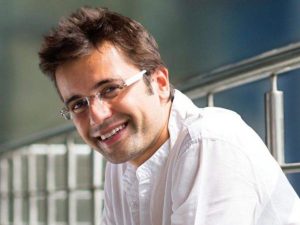 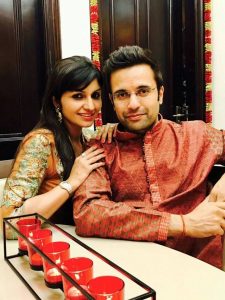 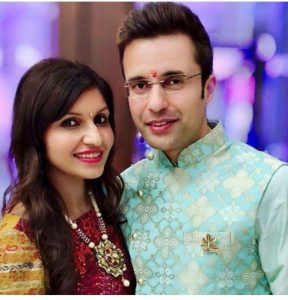 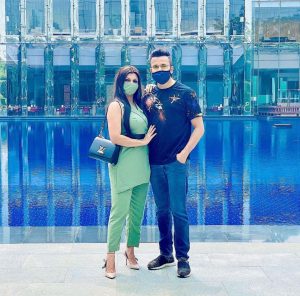 Sandeep Maheshwari began his career at the young age of 19, which he soon left because of the exploitation and harassment he was facing in this field. After his bad experience in modeling as a model, he came up with the idea of helping all such models who have to go through such harassment and exploitation. So, he commenced a company named Mash Audio Visuals Pvt. Ltd. He used to make portfolios of the models. After that, in 2002 he came up with another company, which didn’t last more than six months. Sandeep Maheshwari had to close this company. In 2006, Sandeep launched his firm called ImagesBazaar, which is currently up and running in 2021. 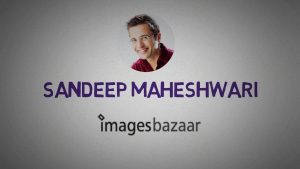 Sandeep Maheshwari is also a YouTuber with more than 20 million subscribers in 2021. He joined YouTube on 13 February 2012 and uploaded his first video on 19 April 2012.

Sandeep Maheshwari not being content with the changed policies of YouTube, which led him to start his video platform named SMtv Sandeep Maheshwari TV, launched on 28 May 2021, which is 100% free from all kinds of subscriptions, advertisements, promotions, and sponsorships. He claims that SMtv will be free from any kind of distractions and will not be operated in the backend by any sort of AI that can make people addicted to the videos. 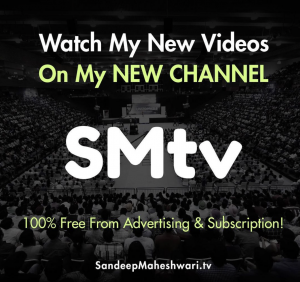 1. Sandeep Maheshwari is a motivational speaker, photographer, and CEO of ImagesBazaar.

3. He has also received the Star Youth Achiever Award from the Global Youth Marketing Forum. 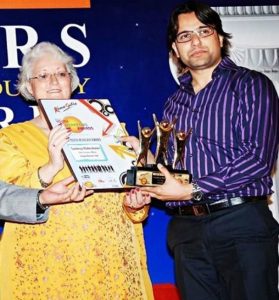 4. Sandeep Maheshwari has also been awarded the Young Creative Entrepreneur Award by the British Council, a division of the British High Commission.

5. He has received India’s Most Promising Entrepreneurs by a magazine called Business World. 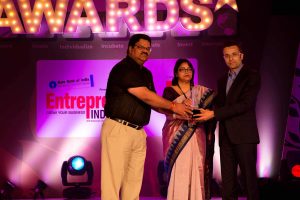 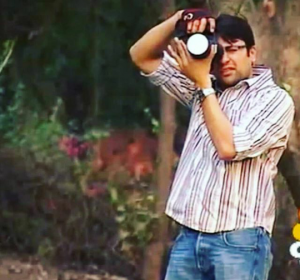 7. Maheshwari has always believed in the simple mantra to live life, ‘Asaan Hai,’ which means it is easy.

8. Sandeep began as a freelance photographer when he didn’t even own a studio. He used to rent out studios to do the photography. 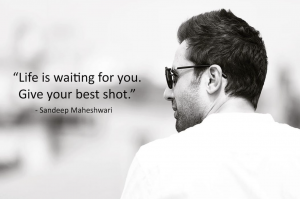 9. During the starting of ImagesBazaar, he didn’t have enough resources, which forced Sandeep to multitask himself. At one point, he was working as a counselor, photographer, and tele-caller all by himself.

10. Sandeep’s philosophy comes from ‘Be truthful to self and others’ and ‘To Never Fear of Failures.’

11. ImagesBazaar is the world’s largest collection of Indian images and has more than 7000 clients in over 45 countries. 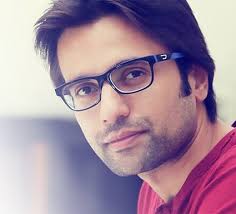 12. Sandeep Maheshwari has also worked in an MNC named Japan Life, where he was earning a lakh per month.

13. He also published his book about his personal experience with marketing. The unique part of this book was that it read backward.

14. He has mentioned managing an event called ‘Dix 2000’ along with one of his then friends, who took away all the money, left Sandeep in debts, and left as soon as the profit was made. Sandeep Maheshwari went to his home, played his favorite song, and danced like crazy that night to gain such an experience in his life.

15. His favorite books are ‘Your Ultimate Calling’ by Wayne Dyer, ‘Think and Grow Rich’ by Napoleon Hill, and ‘The Power of Your Subconscious Mind’ by Joseph Murphy. 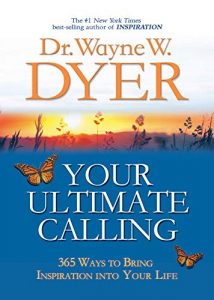 16. He focused on imparting knowledge to the world for which he completely supports the idea of free sessions for all. 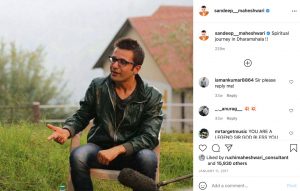 17. One of his biggest sessions was the LAST Life Changing Seminar, which he uploaded on his YouTube channel on 24 November 2012.

18. His most popular video on his channel is World’s Best Motivational Video.

19. Sandeep once wanted to be a singer and he still tries his hands on singing.

20. His favorite motivational song, which keeps him going in the toughest situations in his life is Lakshya Ko Har Haal Me Paana Hai from the movie, Lakshya released on 18 June 2004.

21. He has a love to explore peaceful places, however, he doesn’t desire to travel much as per what he said in one of his videos. 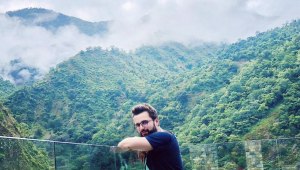 22. He loves meditation and spending time alone. He appreciates ‘Me Time.’ 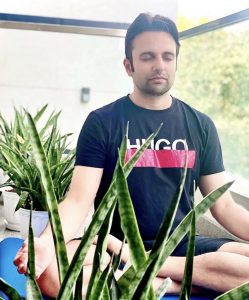 23. He knows how to drive and he loves riding his bike. 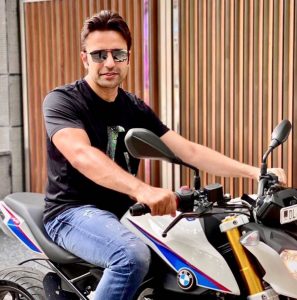 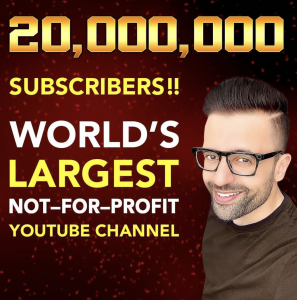 25. Sandeep has love for reading, and he certainly spends time reading books. 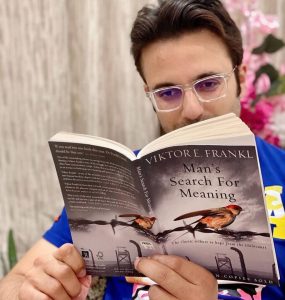 In 2021, Sandeep Maheshwari recorded one more record in Guinness World Record. He shared about this on his Instagram account and wrote:

I am feeling really happy to share that my “Life Changing Seminar Video” has entered the Guinness World Records as the World’s Most Viewed Life Changing Self-Education Video… Cheers!!!” 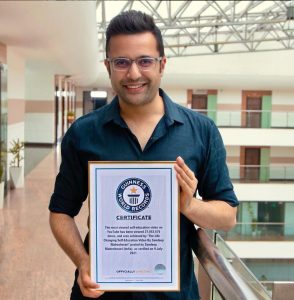 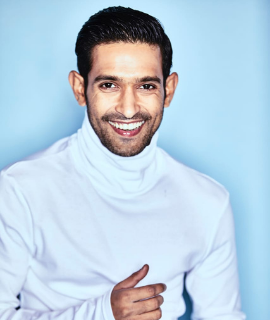 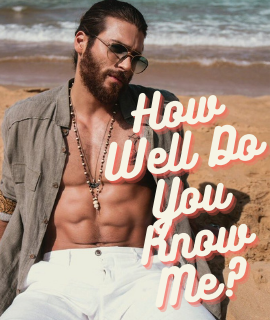 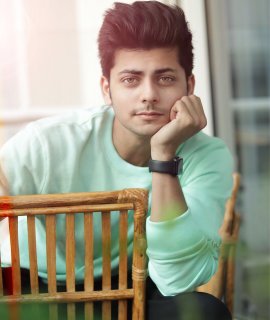 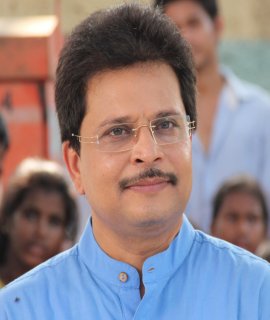